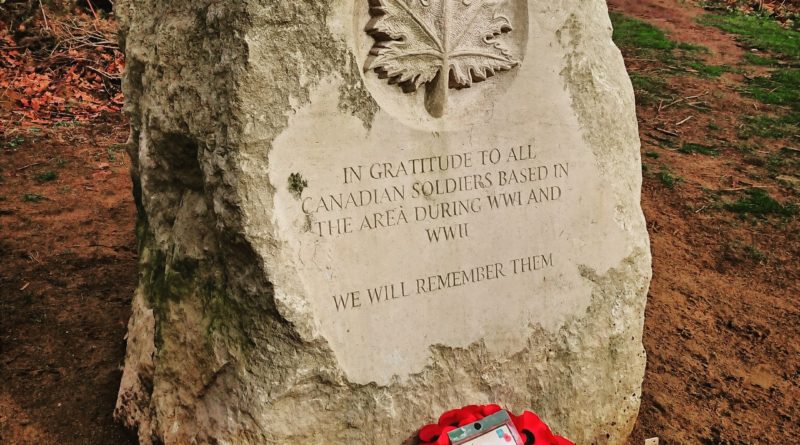 A couple of weeks ago, I attended a talk about the end of the First World War in Guildford given by historian David Rose. It was an interesting and entertaining evening for those of us who know the area, with a mixture of “I didn’t realise that”, and “look how that bit of the town has changed”!

One thing that particularly interested me was the stories of the Canadian soldiers who, despite the war ending, were still gathered in great numbers in the Surrey countryside. Witley Camp was specifically mentioned (along with Epsom) as a location of frustrations boiling over when the Canadians were not allowed to “blow off stream” in any of the local towns, being confined to the camps with not a lot to do!

More can be read about what happened there on the Surrey in the Great War website, but I thought that I would also visit the memorial to the Canadians next to the Milford Cemetery….

… and go for a circular walk around the area.

Another point of historical interest on the route is seeing what is left of the Milford Hospital where comedy writers Ray Galton and Alan Simpson met whilst being treated for TB. The site has now largely been redeveloped for housing, but still houses “inpatient rehabilitation services”. Much more history on the Hambledon Village website. 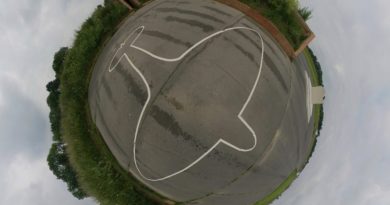